Covid19 and AfCFTA: How Africa can help itself

Africa’s most ambitious project, the African Continental Free Trade Agreement (AfCFTA) is nearing its commercial phase. Delayed, but not thwarted by the Covid-19 pandemic, an enormous joint effort between the African Union (AU), the AfCFTA Secretariat and deal signatories is underway in a final push to realise continental free trade at the start of 2021. This webinar examines the new challenges the coronavirus presents for Africa’s integration and how they need to be overcome, as well as the opportunities that may arise from broader global developments currently at play.

Join Ronak Gopaldas when he presents his new paper on those vital questions. Tshepidi Moremong from Rand Merchant Bank will be respondent. The discussion is moderated by Marius Oosthuizen from the Gordon Institute of Business Science. 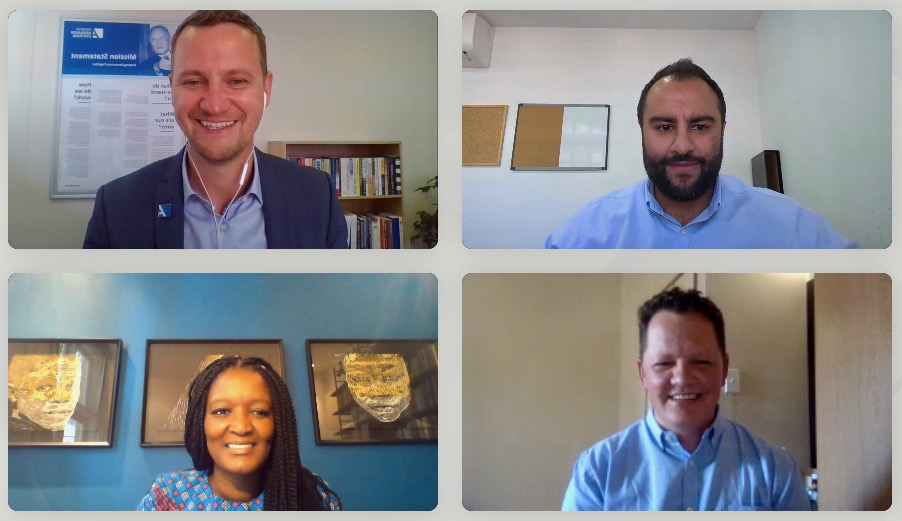 Ronak Gopaldas is the Director of Signal Risk, an exclusively African risk advisory firm. Ronak focuses on the intersection of politics, economics and business on the continent. He was previously the Head of Country Risk at Rand Merchant Bank (RMB), providing in-depth analysis of economic, political, security and operational dynamics across sub-Saharan Africa. During his time at RMB, he also served on the Africa and International Management board, as a strategist and a number of exco positions. A prominent voice in print, radio and television in both the local and international media, Ronak has made frequent appearances on the likes of CNN, BBC, Al Jazeera and CNBC Africa, and also publishes regular opinion and analysis pieces. He has spoken at a number of the world’s top universities and at leading Africa focussed policy and business conferences as a moderator, panellist and keynote speaker. In 2016, he delivered a TedX talk entitled “Embracing Africa: beyond the binaries” and in November 2015, he participated in the Asian Forum on Global Governance in New Delhi with a number of young leaders from around the world.

Marius Oosthuizen is a member of faculty at the Gordon Institute of Business Science, University of Pretoria, South Africa. He teaches leadership, strategy and ethics, and heads up the Future of Business Project that uses strategic foresight methods to explore the future of South Africa, Africa and BRICS. Marius is a previous participant of the Oxford Scenarios Programme at Saïd Business School, University of Oxford, UK. He holds a Masters in Strategic Foresight from Regent University, Virginia Beach, USA. He is currently writing a PhD proposal on Integrative Public Leadership, and completing a Masters in Applied Social and Political Ethics. Marius has worked with business leaders, policy makers and civil society activists using his expertise in stakeholder dialogue, scenario planning, strategic foresight and systems thinking to create future-orientated strategy. He is a member of the Advisory Council of the Association of Professional Futurists and recent participant in the London-based School of International Futures, as well as a recent contributor to the European Strategy and Policy System, the foresight think tank of the European Parliament. In his capacity as a consultant, Marius has worked within the following sectors; IT, financial services, insurance, agriculture, manufacturing (chemicals), warehousing and logistics, oil and gas, international relations, social development, tourism, city and regional planning and mining engineering.

Tshepidi Moremong is the Head of Client Coverage at Rand Merchant Bank, one of Africa’s leading corporate and investment bank. In her role as Head of Client Coverage, she is responsible for teams across 12 markets in the rest of Africa, who are focused on business development and client relationship management. Prior to Rand Merchant Bank, Tshepidi, spent a significant portion of her career in private equity where she worked for institutions such as Aureos Capital and 8 Miles where she drove capital raising, deal structuring and investing. Tshepidi has spent approximately 18 years in financial services in investment banking and private equity. She holds an MBA in Finance from Columbia Business School in New York and a BA in Economics and Public Policy from Swarthmore College in Philadelphia. She has sat on numerous boards, including as Chairperson of the Africa Venture Capital Association and Investment Committee Member of BIFM.